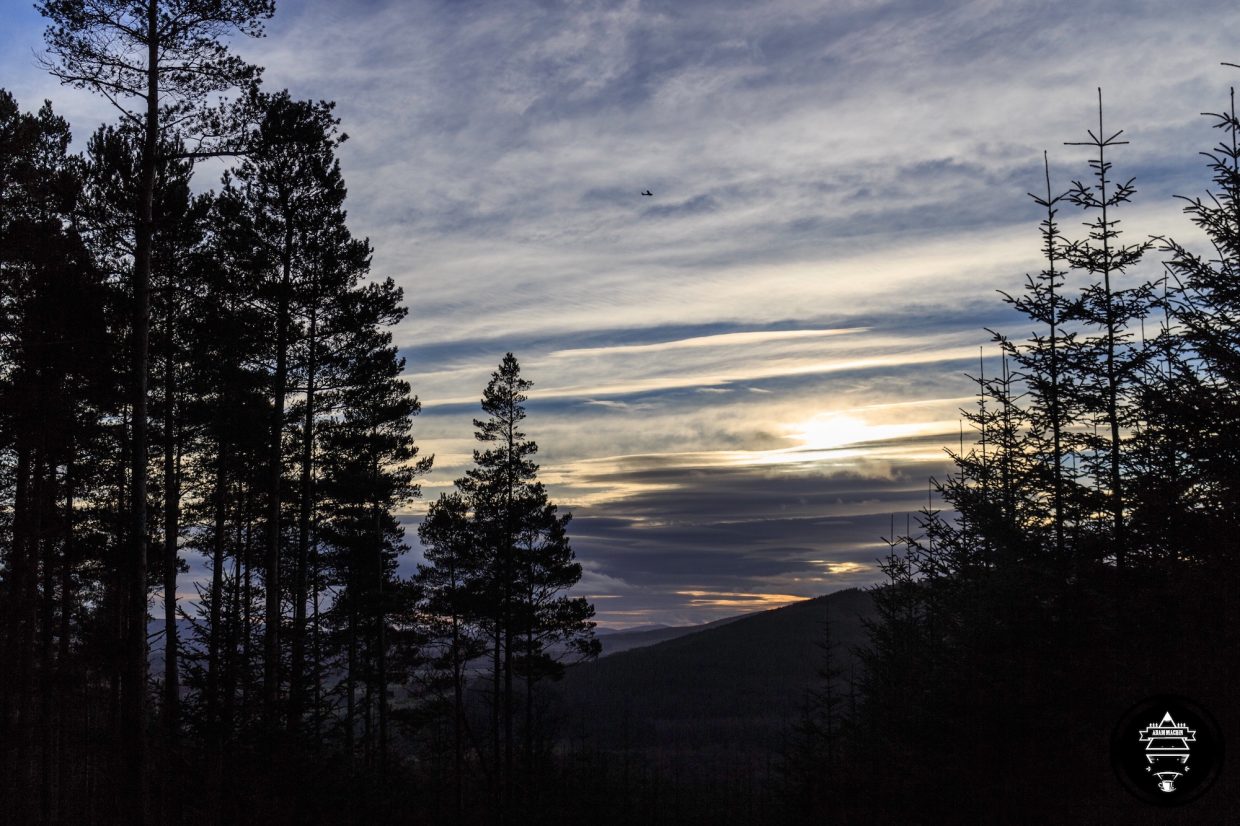 Usually found in a forest.

Millstone Hill, Bennachie [forest] – it’s one of my favourite places, no secret by any means, because it’s often deserted.

I usually set off in a clockwise route, but on this day in late 2016, I set off counter clockwise because it’s approaching sunset and dark. I can be at the top before sunset and down to a westerly viewpoint as sunset continues.

Millstone Hill appears to be the least popular of the peaks at Bennachie. The circular route however takes in Bennachie forest. It’s also the lowest of the high peaks in that area at only 409 meters.

There’s a car park close to the river Don with a once art studio and abandoned toilet block, in 2 years now it’s never re-opened. The first part of this anti-clockwise path is also closed mysteriously with a sign claiming “storm damage” of which I see no visual evidence.

The path quickly enters into lower forest with pine trees that cut sharply against the sky.

On this day was one of my favourite photographs ever taken. The sun low in the sky, trees silhouetted and a small prop plane crosses between the frame. I will have a print made of this if only for my own enjoyment.

Keep climbing through the forest.

Through some final trees.

The light here out of the trees and onto the easterly side of Millstone Hill, the path climbs steeply soon up stone steps and the forest is soon left behind.

At the summit you’ve got views of Miter Tap, including the Bennachie range, the North East Coast is beyond. Local towns scattered across the lower land.

Aberdeen City and Sea are easily viewable in the distance, especially the towers.

Clacknaben is easily prominent, and standing most dominant is Lochnagar in the Cairngorms.

The sunset on this day was no magnificent display but the views were no less captivating.